From daily flag ceremonies at camp or presenting the colors at an event, participating in a color guard is a time-honored tradition for Girl Scouts. These ceremonies are fit for a variety of occasions and can take place anywhere, from a troop or service unit meeting to on horseback. Troops may provide ceremonies at community events, such as town hall meetings, holiday parades, and Girl Scout events.

Flag ceremonies can be customized based on the occasion and location. While all flag ceremonies should feature respect for the flag and follow the flag code, some elements may be changed depending on the situation. There are many things to consider when planning your flag ceremony:

You may need to alter a flag ceremony, like one you use for your troop meeting, if you were instead presenting at a town hall meeting. For example, not reciting the Girl Scout Promise after the Pledge of Allegiance, or using a different number of flags.

A color guard is made up of three different jobs:

Caller - The designated person who ‘calls out’ the parts of the ceremony.

Flag Bearer(s) - The person who carries the flag – one flag per person.

Color Guard(s) - Guards the honor of the flag and watches to see that the flag does not touch the ground.

A color guard can consist of almost any number of people, but less than 5 members may be difficult, depending on the number of flags.

When handling the flag, Girl Scouts should follow these guidelines:

Girl Scouts of Utah offers color guard training for troops interested in learning more and practicing. Girls learn about the history of the flag and flag code, then practice an indoor Girl Scout flag ceremony with other girls.

The following resources are available for color guard:

If your troop is interested in providing flag ceremonies in the community, please email the completed availability form to programs@gsutah.org. Flag ceremony gear rentals, including flags, stands, sashes, and gloves, are also available. Please email info@gsutah.org for rental information.

Girl Scouts of Utah offers a council patch program on color guards. When you complete the program, fill out the patch survey to pick up the patches from our shop. 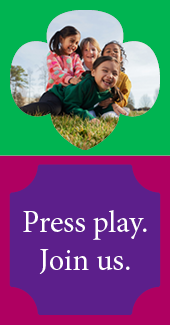 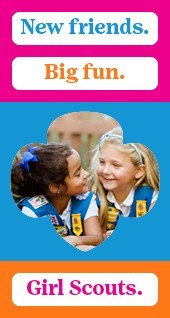 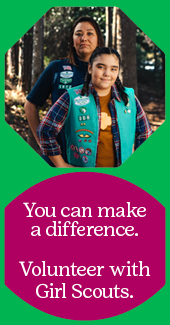